Support small Sunday, not to be confused with shop small Saturday

Everyone has heard of shop small Saturday but what about support small Sunday. On Sundays, you like the posts of your friend’s small businesses to help them open their viewer network up. A like may not seem like much to you but to that company, it could lead to their next project. Lets first look at why you may not be seeing the posts in the first place.

Every so often, a page or person I follow on Facebook complains that their posts are only reaching a small fraction of their followers and begs everyone to add them to their See First list so they can “keep reaching all the fans”. They claim Facebook is cutting them off and hiding them from some of their follower’s feeds so they’ll pay for Promoted posts. But that’s not really how Facebook works.

If you’ve used Facebook for a few years, odds are you’re friends with a few hundred people (most of whom you don’t really care about) and have liked way too many pages (again, most of which you probably don’t care about). My friend count is well north of 1100, and I dread to think about how many Pages I’ve liked.

Facebook wants to keep you and me, the users, engaged. They have poured millions of dollars into finding ways to keep as many people as possible coming back for another hit of social crack. Showing us a load of stories from former friends or pages we liked to try and win an iPhone 4 isn’t going to achieve that. So Facebook has had to find a way around that.

So how does Facebook determine what stories appear, and what don’t? As they say in their FAQ:

The stories that show in your News Feed are influenced by your connections and activity on Facebook. This helps you to see more stories that interest you from friends you interact with the most. The number of comments and likes a post receives and what kind of story it is (ex: photo, video, status update) can also make it more likely to appear in your News Feed.

This is a little vague, so we reached out to Facebook to find out more.

Facebook has a ton of information on it, and Facebook doesn’t want to show you stories that don’t interest you. So every time you open Facebook, the algorithm looks at all the possible stories you could be shown. Everything that your friends and the pages you follow have posted since you last logged in is included. Each story is assessed individually and given a Relevancy Score; a measure of how likely Facebook thinks you are to spend time viewing it, like it, comment on it, or share it. This score is unique to you. A post from How-To Geek’s Facebook page would have a different score for you than it does for me. Facebook uses these signals as proxies for actual interest.

There are thousands of different signals that go into determining a story’s Relevancy Score, but the most important are who posted it, what type of content it is, how many interactions it has, and when it was posted.

When you add someone on Facebook, the algorithm doesn’t know whether they’re your new best friend or a stranger you’re buying a TV from. Over time, as you interact with your bestie more, Facebook learns that they’re someone you care about so their posts are going to get a higher Relevancy Score than a random old school friends.

The kind of post matters a lot, too. If you watch a lot of videos, you’ll be shown more videos. If you mainly like text posts, they’re the ones that will pop up more. If you never interact with photos, you’ll see fewer.

As Facebook is concerned, interactions (likes, shares, and so on) are a good indicator of how interesting something is. So if there’s a choice between two posts from the same page, one with hundreds of likes, the other with a few dozen, the one with hundreds will be shown first.

Lastly, Facebook takes recency into account. Online, everything moves fast. Something that was posted last week probably isn’t as interesting as something posted an hour ago.

All of these factor into a story’s Relevancy Score, which then determines whether you’ll see it or not.

How Facebook Decides the Order of What You See

Once Relevancy Scores are calculated, Facebook has to decide what order you’ll see everything in. This part is simple: stories are arranged from most relevant to least relevant.

Once a story is shown, it’s locked in place. If you visit Facebook at 1pm, all the potential stories since your last visit will be considered and the most relevant shown. If you visit Facebook again at 3pm, all the possible stories from the last two hours will be considered. Any that are shown will be slotted into your News Feed above all the stories you saw the last time you visited. That’s why, if you keep scrolling down, you come to the same old stories.

Where This Approach Falls Short, and How to Fix It

The News Feed algorithm is constantly being updated. Every time you interact with a new story, Facebook is logging that detail and using it determine what posts are more likely to interest you in the future.

Sometimes though, the algorithm can get the wrong idea. Maybe you have reason to interact with one person really intensely for a short period of time or an ex-girlfriends posts are still showing first in your News Feed a year after you’ve broken up. If that’s the problem, manually prioritizing your News Feed. You’re able to select some people to show up first, and others to hide everything they post.

I urge you to just go ahead and give your friend the like, what is it costing you? Worst case you had to take the time to go to their page on fb. That’s it. Best case you just connected them with their next closed deal. And it cost you nothing. I will never understand how people support strangers and celebrities companies so strongly but when it comes to their friend or family members company they don’t have the time to go to their page and like their stuff. 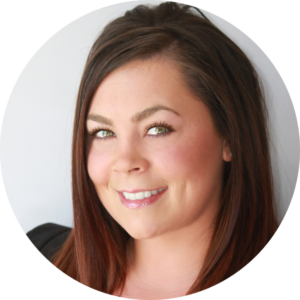 Rhonda Cosgriff Designs with over a decade of experience in website design and
development, SEO, Hosting, and Graphic Design.

Over a decade of experience in freelance design, interior, graphic, website design and development. 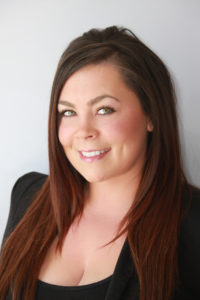